When I purchased my first computer, it became a very useful writing tool for me. I could type stories and letters and correct them onscreen, instead of using an eraser or a redo. The computer thus eliminated a lot of that under-my-breath cussing that previously helped me through the process. My friends and family still received printed mail from me on a regular basis, as did newspaper and magazine editors, manufacturers and utility companies ….. etc.  The only difference from “B.C”. to “A.C.” was that “before” I used a typewriter and “after” I used the computer with a printer to compose my missives.  I still had to purchase stamps and mail the letters.

Then I discovered the joys of the internet, and fell in love with Mr. Email, thus eliminating the need for stamps and trips to the post office. Updates and bulletins, new products and improved products came directly to me by Email.  Instructions and helpful hints.  Special deals. How wonderful to be able to sound off to those same newspaper and magazine editors, manufacturers, and utility companies with a speedy Email I had just composed to show my praise, my query, or my indignation.  Email became my closest friend, almost overnight, and to this day I still love it.

I quickly took advantage of this time-saver, by making a list of my family, friends, clients, and business acquaintances who had computers too.  I started sending and receiving Emails on a daily basis, enjoying every minute of it.  I began to feel some pity, then annoyance, increasing impatience ultimately frustration with those who said they weren’t “connected”, as I was.  After all, I reasoned, if I could move forward with a computer and join the internet world, why couldn’t they?

My family and friends who weren’t on my list began to whine about never hearing from me, and my brutal reply was “Get a computer!  Get on the internet!  Who needs to waste time with “snail mail”, when we can connect instantly with Mr. Email?”  In any case, by now I had a whole new family of people like me – Connected People!  People on the Web!  New friends!  Those who had computers, but were not internet-connected, were just some anachronistic strangers.  “I’ll write to you by Email, if you ever get connected!”  I paid no attention to their plaintive pleas of “I love to get your letters!  I read them over and over!”.

Gradually I noticed that my paper mail had dwindled to mostly unwanted junk and bills. (also unwanted).  Only at Christmas did I receive correspondence from family and long-time friends.  However, now they just dropped a line or two, hoping I was fine, maybe enclosing a picture of the kids….. I wondered – “Where have all the letters gone?  I don’t know what’s happening with anyone anymore.”  How are my nephews and nieces getting along in school, in hockey, in art, in music?  Where did everyone spend their vacations, and did they have a good time?  who was moving where?  who got married?  who got divorced?  what are my childhood chums doing?  Even the quantity of my Christmas card receipts were dwindling, because i had discovered the joy of sending E-cards online to my connected family and friends….. soon I would be getting no mail at all. No news at all.  Then I thought “Hey! Maybe friends and family will phone me instead!”. Unfortunately, by then I had signed up for that modern miracle of telephone convenience “Voice Mail”.  I should have guessed…most people didn’t feel like leaving long newsy messages, if they left any message at all!

So I’ve made a mid-year resolution. I will send at least ONE letter a month to someone, somewhere and sometimes even in my own handwriting.  That guarantees that at least once a month I will have to go out into the real world and post a letter to help keep the Pony Express Spirit alive.  Revenue will still be going to the federal government and the paper and pen companies.  I will be able to test my handwriting to see if I can still do it. 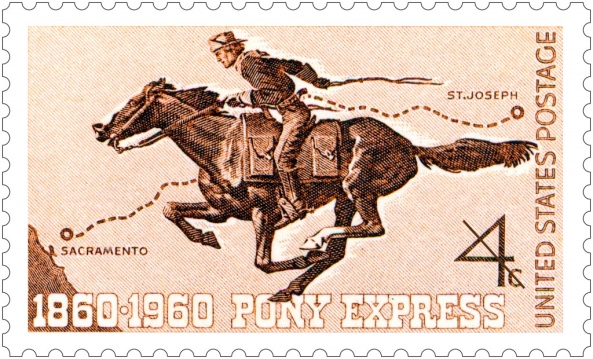 It also guarantees that at least once a month I will again plug into my past and keep it in my present, and who knows?  Maybe one by one those reply letters I receive will say – “Oh, by the way – we just got high-speed internet, and here’s my Email addy — it’s so much easier and faster to keep in touch, isn’t it?”  And I can cross them off the snail mail list, and turn them over to Mr. Email’s loving care.

One thing I have noticed, though – now that I have Skype – I have to put on my makeup more often, and dress up a little for the camera.  Does that mean that Email is on its way out? 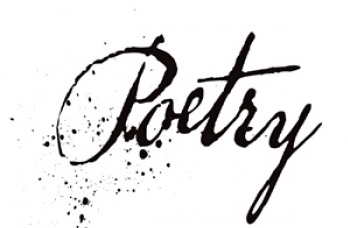 You keep me here
restrained,
alone.
You say I cannot communicate.

The day you hurt me
to the core
Was the day I stopped
evermore
Speaking your language.
I cannot hear it:
So I cannot speak it.
You cannot hurt me anymore.

I have created a language of my own.

You can’t learn it.
Because I won’t teach it.

Let your lips move,
Gesture all you want!

I keep on smiling,
And talking to myself.

(This poem won some kind of a poetry award last year.)

Referencing Wikipedia, Amelia is a Canadian singer-songwriter, born in St. John’s, NL, currently living in Halifax NS.  The National Post describes her music as “a bit like Leonard Cohen being channeled in a dusty saloon by Patsy Cline.” Her genre is categorized as Indie Rock, Folk Rock, Alternative Country. She began her career in 2000, and released her first album then, with four more following.  Her 2006 release “War Brides” was nominated for two East Coast Music Awards, for Folk Recording of the Year and Female Solo Recording Of The Year.  Her 2009 album “Hunter, Hunter” earned her four nominations at the 2010 East Coast Music Awards for Female Solo Recording Of The Year, FACTOR Recording Of The Year, SOCAN Songwriter Of The Year and Folk Recording Of The Year.  In 2010 she also won a Juno Award in Roots and Traditional Album Of The Year: Solo, and the first prize in the Folk category of the prestigious 15th Annual USA Songwriting Competition.  If you’d like to visit her site: Amelia Curran Website

Hands On A Grain Of Sand (Hunter, Hunter) (live recorded aboard the Music Fog bus in Memphis during Folk Alliance 2010) (upl MusicFog)

IN FIVE WORDS OR LESS…..

cats can sleep anywhere, anytime, anyhow, anyway – maybe that’s why they have nine lives?  Relaxation is everything.

I just need a blanket, please… 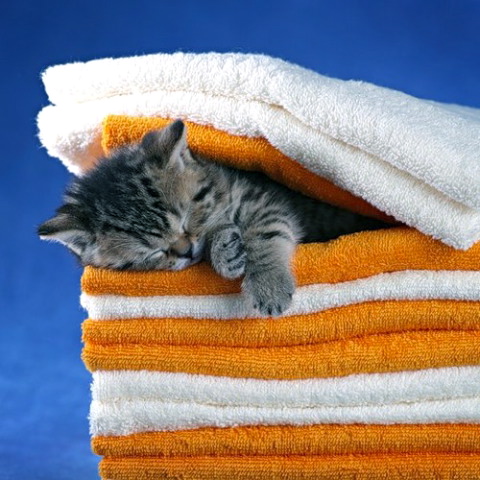 Maid service will put fresh towels in the bathrooms in a little while….

Thanksgiving dinner was just too much!

I like a bed with lots of leg room…

Will I watch one more movie, or get under the covers? 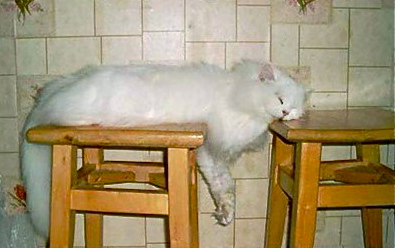 Pull up a stool and join me… 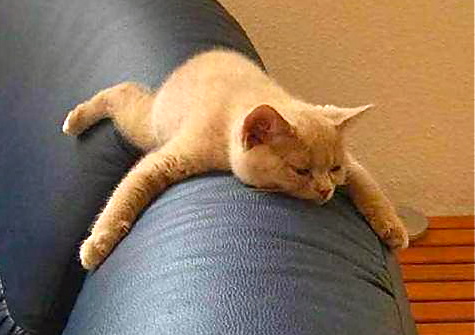 Chesterfield?  Oh… I thought you said it was a Resterfield….

Feeling just a little hung over… 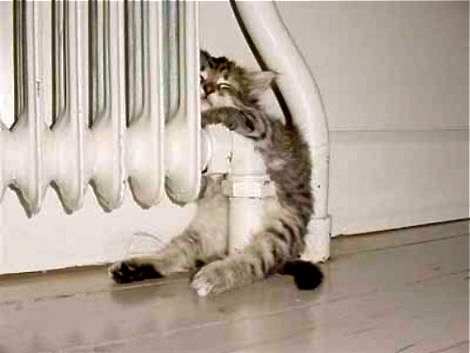 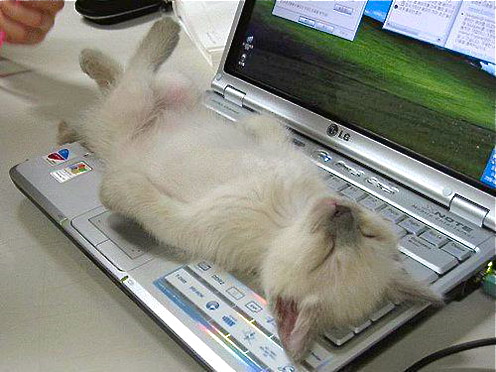 I’ll finish that letter after my break…. 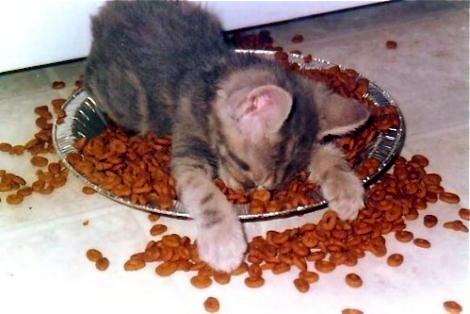 Nobody gets my stuff…..