I’m remembering a trip I took to Stratford to say goodbye to a house.  I drove there, thinking I would be visiting it all by myself, but my brother and sister-in-law were there too, taking their own “last look around.”

It looked so different!  A few days before, most of the furniture was still there, marked for an estate sale auction.  A lot of the “things” that make a house a home, were going to someone else’s home.  Some had already made their way into the homes of the family, mostly items that were cherished for their sentiment and beauty.

When I stepped inside, all the rooms were empty, except for the drapes on the windows.  Everything was gone. It gave my heart such a pang, it literally took my breath away.  I walked from room to room, listening to the hollow sounds of my footsteps.  There were tears in my brother’s and sister-in-law’s eyes, and I saw I was looking at them through a blur as well.

Then I realized this must have been the way my mother and dad saw the house when they first took possession of it.  They had the house built for them to their specifications and plans.  They knew exactly what they wanted and where they wanted it.  Mom must have looked at these empty rooms and visualized them with the furniture and possessions she had planned to put in them, adding treasures through the years.

I took a deep breath and remembered:  there were Beanie Babies and teddy bears and funny stuffed creatures over there and in there and there….. many of them sitting in pretty pieces of doll-sized furniture, or in colourful baskets … all for the joy of the grandchildren and any visiting little ones. 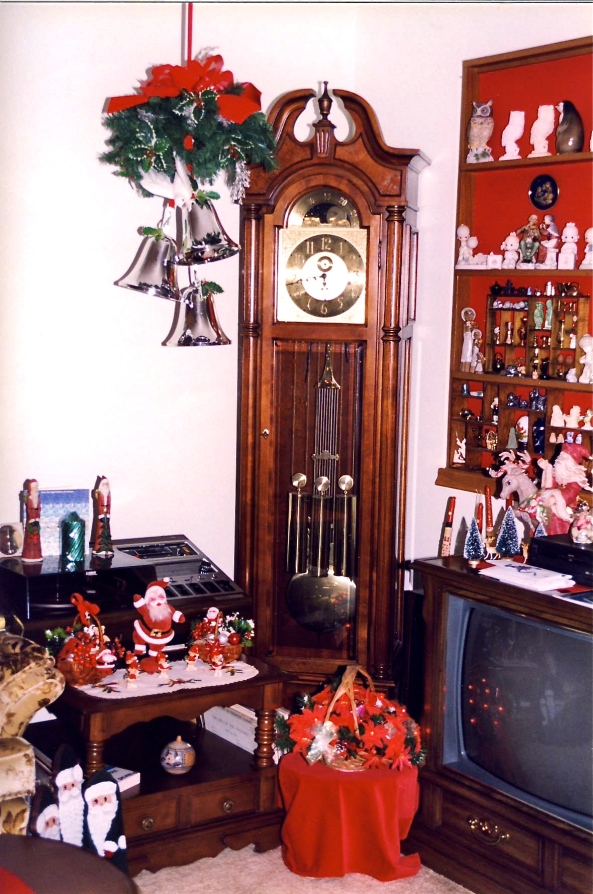 There was a grandfather clock over there which steadfastly chimed the quarter hours all through the day and night with such beautiful tones. (My young brother now enjoys those melodious chimes.)

There were soft, comfortable swivel easy chairs grouped so that we would all be facing each other while still being able to turn and look out the wall-to-wall, floor-to-ceiling picture window to the back yard and the wonderful gardens mom and dad had created.

The refrigerator was covered with pictures of the family, mounted with magnets mom carefully attached so that she would have the pleasure of looking at all her children….and grandchildren…. and great-grandchildren.

Built by my dad along an entire wall was a glass and wood china cabinet, filled with treasures they had brought home from Europe and Mexico, the States and all parts of Canada.  Hummels and De Grazias and Royal Crown Derby and Minto and Lladro and Lefton and Lalique and Precious Moments … bells and owls and eagles and bluebirds and penguins, children, and delicate dancing ladies, and sweet little angels, and beautiful china pieces…. 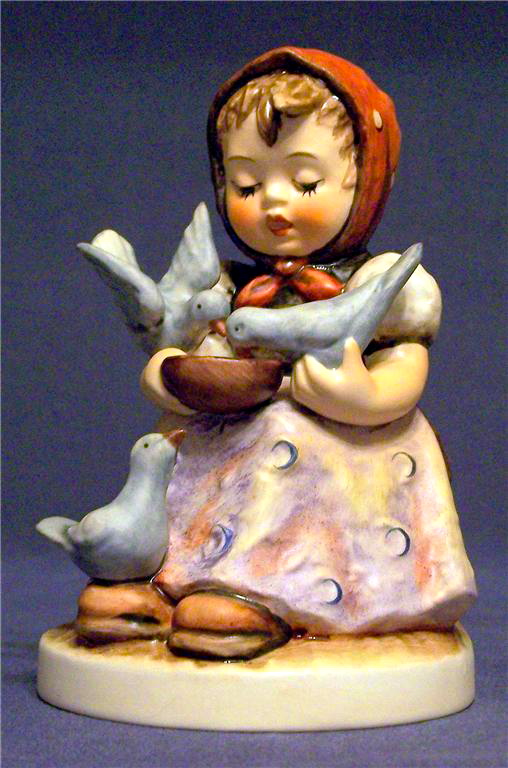 A curio cabinet was added to take the overflow from the full wall china cabinet, with more treasures. This saucy angel was my favourite.  (The cabinet happily resides with me now, along with my little angel…)

How many incredibly abundant and delicious holiday meals had been enjoyed around the beautiful teak dining room table.  (And card games, and late night cups of tea.) 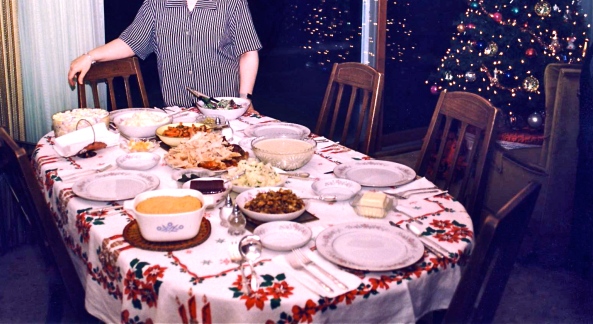 On the walls were paintings, some by my brother, some by a cousin, one by my son-in-law, a couple commissioned, some from the Stratford Art in the Park, promoting local artists… and an entire wall filled with a magnificent plate collection, mostly of faces, beautiful, colourful, alive. 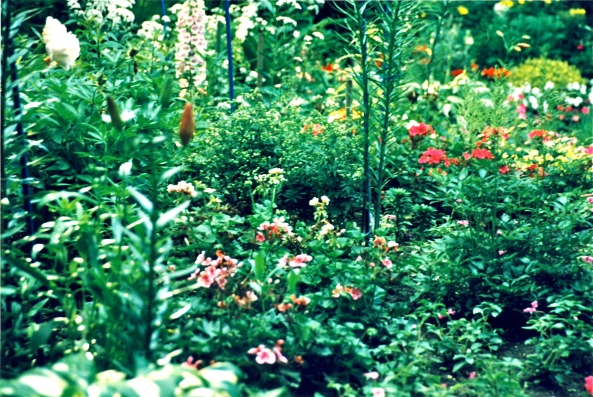 There were stunning gardens, sculpted and brilliant in their beauty, with gracious trees – all planted by my dad – over forty different species…. How well I remember my daughter’s beautiful wedding held on that lush, manicured lawn, framed by luxurious blooms. arbour covered with roses, where the wedding papers were signed.  The other weddings that followed…. and the people on horticultural bus tours from around the province who came to visit the beauty of the gardens.

And then there was the cool, shady laneway that crossed the back of the property, between the lawn, a stand of trees, and a huge vegetable garden behind the trees, where my Dad also planted trees from many different seedlings, and gave thousands and thousands of them away to new homeowners over the years. 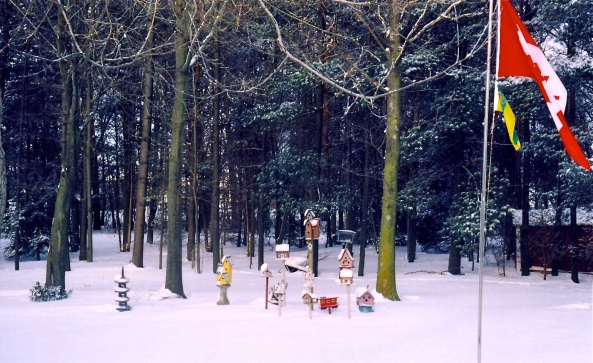 Also outside in the garden, a recent project of my mother’s was a delightful display of dozens of bird houses on poles, all shapes and sizes and colours, making a marvelous garden display of their own. The collection started with a few, and grew by leaps and bounds once my mother, the ultimate collector, got started.  Inside the house were more birdhouses, dozens of them, made for her by members of her family, decorated with birds and painted bright colours, hanging in windows, sitting on windowsills, on walls and tables. Expressions of love.

My daughter and I contributed a single bird house each, and had the double pleasure of creating them together for “Nana”, and then seeing her face light up when we presented them to her as our “donation”. 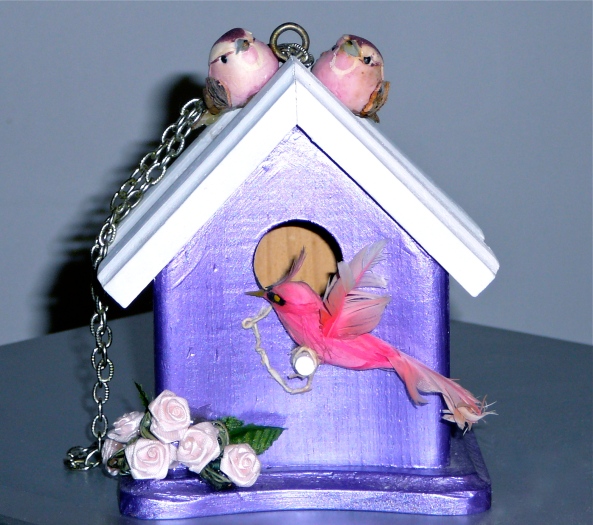 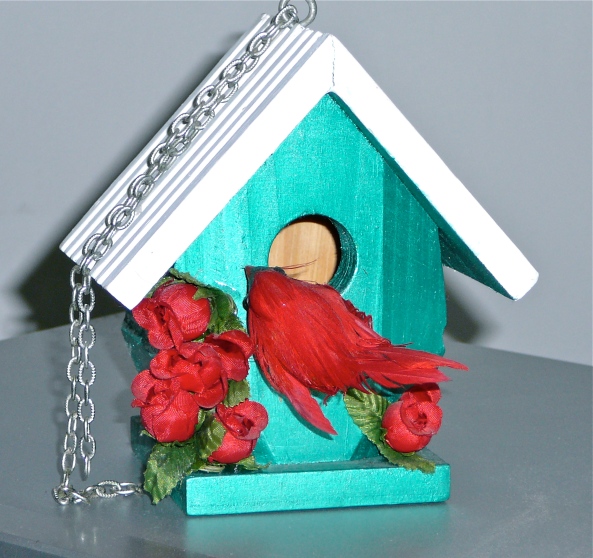 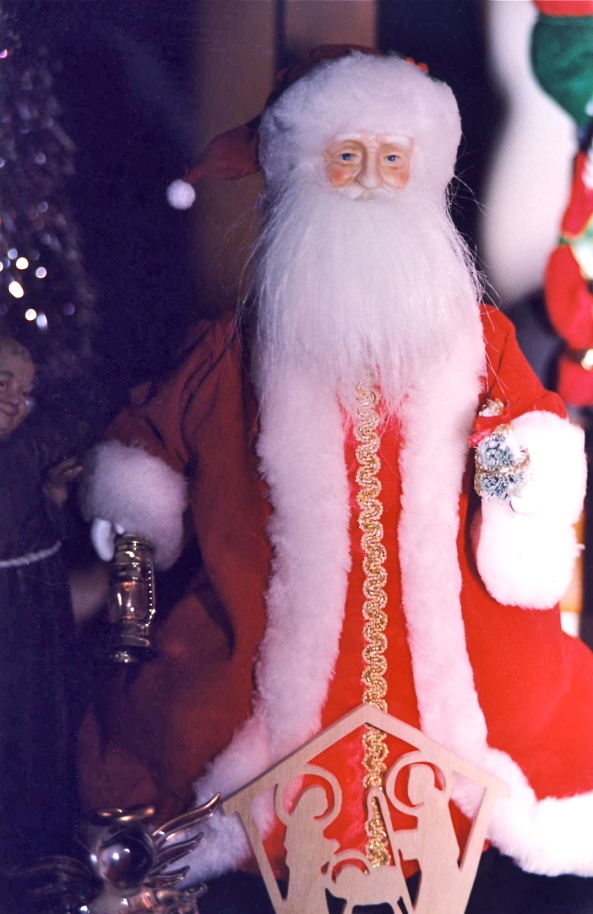 Thousands of Christmas decorations, scenes, and exotic ornaments, because she and Dad so loved the season.  I remember an enormous wreath created by my mother, hanging on the wall of the verandah, containing over 1,000 brilliant little lights, so marvelous that many evenings at Christmastime, strangers would stop and knock on the door, asking her where she bought it.. and offering large sums for its purchase…. (my cousins now have that wreath).  The house held all kinds of kraft paper and designs and art supplies for a mother – grandmother – woman who was creative and unique… someone children loved to be with.  (And in that house, we were ALL children….)

An elegant bathroom, with its own photo gallery of framed family greeting card artwork….

Bookshelves filled with her treasures – eagles, and owls, and figurines, and over thirty photo albums filled to the brim with the history of the family, neatly and lovingly catalogued, with each picture carefully labeled , noting who was who, and where, and when and why…..  lifetimes of memories.

A new family was due to move in the next day – an executive and his wife and two daughters transferred from the U.S. to Stratford.  They had fallen in love with the house and the beautiful, spacious grounds.  We left some gifts for the children, from the children who had loved this place and the memories it holds.  A table and chair set built by my husband, an almost full-size pram, with an almost full-size little girl doll that both belonged to my daughter, and games we had all treasured.

My mother and dad would have approved of a young family moving in, and I’m sure they will be hovering around, making sure that lost things get found, and little children are happy.

I left Stratford that day realizing that I would never remember an empty house.  The rooms, as I looked around for the last time, were filled with memories of a house – that was a home.

This is a jewel of a house
Nestled in Nature’s arms
Keep the loving ones within
Safe from evil’s harms.

This is a house that’s set apart,
From the restless world alone,
For here lies the warm and beating heart
Of a house that is a home.

One thing I need, a mate
To be mine alone;
One Place I need, a house,
Which will be our home;
One sound I need, a laugh
To fill up every space,
And shining through it all
The light of love on every face.

A house without love is just a house
where things are only things,
But where love rules majestically
is an abode for kings.

(Quotes this time are about “Home”.)

A house is made of walls and beams;  a home is built with love and dreams. (unknown)
Charity begins at home … (Charles Dickens)
Every day is a journey, and the journey itself is home.  (Matsuo Basho)
He hath eaten me out of house and home.  (Shakespeare)
He is the happiest, be he king or peasant, who finds peace in his home.  (Goethe)
Home is an invention on which no one has yet improved.  (Ann Douglas)
Home is home, be it ever so humble.  (Proverb)
Home is home, though it be homely.  (English proverb)
Home is not where you live, but where they understand you.  (Christian Morganstern)
Home is one’s birthplace, ratified by memory.  (Henry A. Grunwald)
Home is the girl’s prison and the woman’s workhouse.  (George Bernard Shaw)
Home is the place where it feels right to walk around without shoes.  (unknown)
Home is where one starts from.  (T. S. Eliot)
Home is where the house is.  (unknown)
Home is where you can scratch where it itches.  (unknown)
Home is where you hang your head.  (Groucho Marx)
There’s nothing half so pleasant as coming home again. (Margaret E. Sangster)
To feel at home, stay at home.  (Cliff Fadiman)
We’re a long, long way from home.  Home’s a long, long way from us.  (Bruce Springsteen) 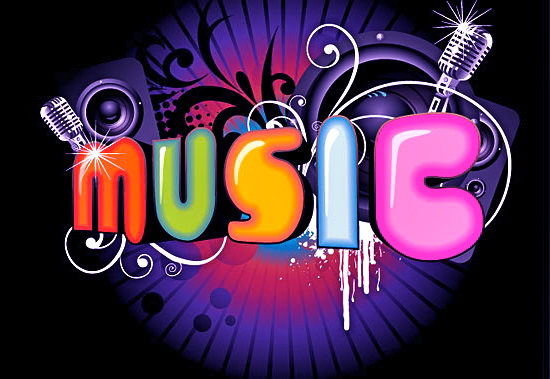 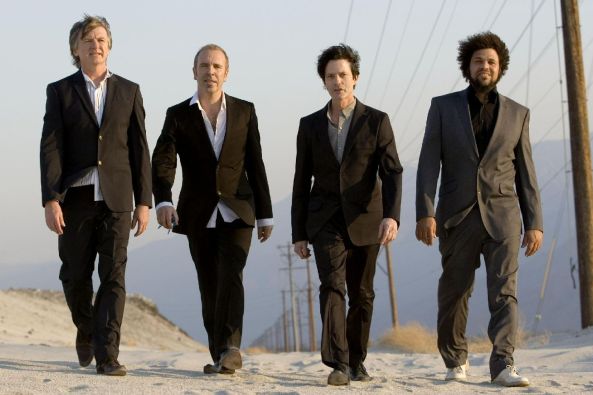 What’s not to love when a musical group whose lead-vocalist and primary songwriter is someone with the last name of “Finn”?  New Zealand-born Neil Finn formed Crowded House in 1985 in Melbourne, Australia.  His brother Tim Finn, who was in another famous New Zealand band Split Enz with Neil, was a member from 1990-1991.  They are a crowd-friendly group, and I can’t help but sing along with them when I’m playing any of their wonderful pieces. They took their name from the fact they were living in a small apartment in Los Angeles where they recorded their debut album “Crowded House”.  Queen Elizabeth II bestowed the Order of the British Empire (OBE) on both Neil and Tim in 1993 for their contribution to the music of New Zealand.

Current members of the band are Neil Finn (vocals, guitars, keyboards) Nick Seymour (bass) Mark Hart (keyboards) and Matt Sherrod (drums).  Neil’s son Liam (guitars, keyboards, backing vocals) toured with Crowded House for their “Time on Earth” tour in 2007, and has appeared with the band occasionally on later tours.  What makes Crowded House special to me is the excellent quality of the songs, which not only have melodies that stick with you for days on end, but which also have finely-crafted lyrics.  There are so many wonderful songs; here is a list of a few you can listen from YouTube (starting with some “house/home” themed songs)

…if you want more Crowded House music click the links below…

(Just like any of the musicians I feature in this blog, I hope you will enjoy the music enough to support the artists through your purchases either on-line or at your local music store.  Check out the iTunes connection, or Amazon.com where all of the above are available)

This has been a really fun post for me today, I hope you enjoy it too.  (Let me know….)